What you’re watching is class war disguised as race war 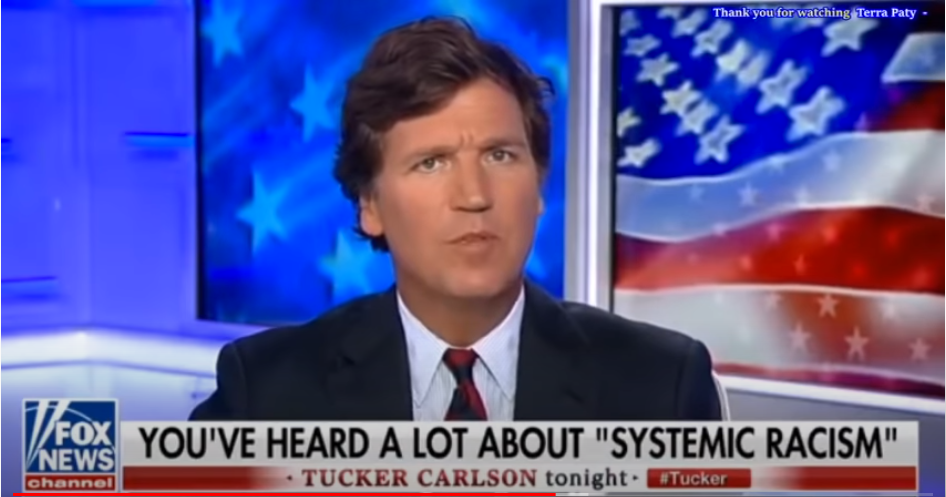 You’ve heard a lot recently about something called systemic racism. Almost no one ever bothers to explain precisely what systemic racism is but they make it very clear that you are personally implicated in it? Are you? Well here’s the test: ask yourself, and be honest, have you ever mistreated someone because of his race?

If you have, you should have atoned for it. You want to find the person you wronged and do your very best to make it better. But if you haven’t done that, if you haven’t mistreated an actual person, you should know that none of this applies to you.

Being born a certain color does not make you guilty of a crime in this country. We explicitly reject the idea of collective punishment. We don’t believe in blood guilt. We don’t hurt people because of what their ancestors did. We don’t hold entire racial groups responsible for anything. A group of people cannot be innocent or guilty. Only individuals can be because only individuals can make free choices

Just because you happen to be standing in a liquor store when it got robbed doesn’t make you an armed robber. That truth is the entire basis of Western justice. It’s the one thing we should never abandon in this country. So if you want to work for racial justice, and you should want it, demand equal application of the law. If a law applies to one American, it must apply to all Americans. That is always true whether it’s a federal perjury statute or the law against looting Macy’s.

Special privileges are inherently unfair. They corrupt society. They corrode social trust. Giving people a pass because who they are is not an act of compassion. It’s the definition of injustice. It hurts everyone, including the people receiving the pass.

If you let a kid walk away without charges from a drunk driving accident because his parents are rich, you are not helping the kid. Allowing poor kids to steal shoes from the Nike store because you believe they’re oppressed doesn’t help them either. If you raised your own children like that, you would screw them up forever.

That does not mean there aren’t systemic justices in our society. There are. There certainly have been in our history. Slavery was by far the worst of them. Treating human beings like objects is always the worst thing. It still happens today in fact in new forms.

But as of this moment, June of 2020, racism, while it definitely exists, is hardly the only problem we face. So why do they keep telling you that it is? Why do you think?

Because telling you that benefits them. It’s a cover. It’s a diversion designed to protect the people getting rich from the biggest scam of all. America’s core problems in fact are economic.

Can your kids earn enough to form stable families of their own and live with dignity? Everything flows from that. And that’s what most Americans of all colors worry about most.

So of course it’s the one thing our leaders hate to talk about. That’s not accidental. Again it’s by design. What you’re watching is class war disguised as race war. Keep the population at one another’s throats‒—angry, suspicious, tribal‒—and maybe they’ll never figure out how much we’re stealing.

The biggest change to American society over the past 50 years has been the death of the middle class. This used to be a middle class country. It is not anymore. Most of our population has become poorer in real terms while a shrinking number of people control an ever-expanding percentage of our wealth.

That means that fewer Americans overall have a meaningful stake in the society and more are dependent. That makes the country much more volatile than it once was. These riots really shouldn’t surprise you

It’s hard to know exactly who is responsible for these sad changes to America but it’s very easy to see who’s benefiting from them. They’re the same people lecturing you about white privilege and systemic racism. This isn’t accidental.

These people are scam artists. They’re playing you. Keep that in mind the next time they tell you must hate your neighbor, which is exactly what they’re telling you.

Certified Public Accountants are often characterized as stiff, lifeless, mechanical, humorless, myopic, anal, compulsive, regimented, geeky, and boring; however, in spite of these relatively complimentary epithets, they have been much maligned as well, particularly by marketing individuals. Although all of these characterizations may indeed hit the mark about many CPAs, these stereotypical descriptions do not apply to all CPAs: maybe 99.9% of them, but certainly not 100% of them. In an attempt to set the record straight, and under the penname of the Barefoot Accountant, William Brighenti began writing a blog not only to discuss accounting, taxes, and QuickBooks subjects, but to publicize the CPA's human side, which was, in fact, uncovered quite by accident by Charles Darwin in the 1830s while he was on the Galapagos Islands looking for their fossils, refuting the mistaken belief that CPAs had become an extinct species centuries ago. Hopefully, you may find some of the Barefoot Accountant’s blog postings not only informative but entertaining, since he pokes fun at his colleagues, as well at himself, at every available opportunity. Such publicized irreverence of the accounting profession accounts for much of the disdain expressed towards the Barefoot Accountant throughout the entire Milky Way and beyond by virtually every Certified Public Accountant, who have been applying to the Vatican to reinstate the Inquisition in order to burn him at the stake. Bill has appealed to the Pope for intervention, a plenary indulgence, and a charitable donation made out to cash.
View all posts by William Brighenti, CPA →
This entry was posted in Uncategorized and tagged African Americans, blacks, Blood guilt, Citibank, class war disguised as race war, collective punishment, con, corupt society, divide and conquer, Nike, racism, scam, special privileges, Systemic racism, What you're watching is class war disguised as race war, white guilt, white privilege. Bookmark the permalink.