To fix education we need to get rid of teachers unions 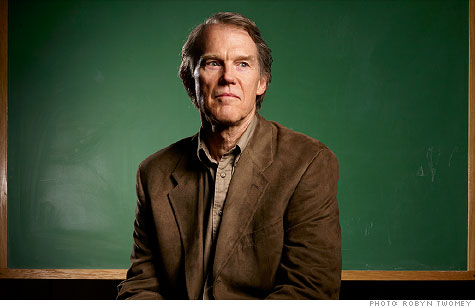 Why are America’s public schools failing? Why, after more than a quarter century of perpetual reform, has the nation been unable to bring real change to public education? While a complete answer, of course, would be very complicated. But at the heart of it lies the power of the teachers unions — the National Education Association, the American Federation of Teachers, and their state and local affiliates.

I don’t say this out of some sort of anti-union ideology. I say it as an objective description of the reality, backed by an enormous amount of data. Union power has created insurmountable problems for effective schools.

Why has this happened? Partly, it’s because the teachers unions are by far the most powerful groups in American education. More than that, they are special interest groups, which means that they use their power to promote the special interests — the job interests — of their members. They are not in the business of representing the interests of children, and no one should expect them to do that.

The first is through collective bargaining, which takes place in local school districts. Through collective bargaining, the unions are able to win countless restrictive work rules, written into binding contracts that specify how the schools must be organized. Typically, for example, these contracts include salary rules requiring that teachers be paid entirely on the basis of seniority and credentials, without any regard for whether their students are actually learning anything.

Often, these contracts also include seniority rules that allow senior teachers to take desirable jobs when they come open — even if these teachers are mediocre in the classroom or a bad fit for the school. There are also seniority rules requiring that, in layoff situations, excellent young teachers must be let go — automatically — and their senior colleagues must be kept on no matter how incompetent they may be. Labor contracts are just filled with these kinds of perverse rules. No one who’s thinking only of what is best for kids would ever organize the schools in this way. Yet this is how America’s schools are actually organized.

The other way teachers unions shape the public schools is through the political process — where they simply have far more clout than any other education groups, by many orders of magnitude. They have over four million members, they’re top contributors to political campaigns, they have armies of activists in the electoral trenches, they have lobbying organizations in all fifty states, and much more.

They have used this political clout to block or substantially weaken major reforms.

For decades, for example, reformers have tried to bring accountability to America education, but the unions have stood in the way.

They’ve opposed using test scores to measure teacher performance. They’ve opposed performance-based pay. They have even opposed moving bad teachers out of the classroom. As a result, there are rarely any consequences for low performance — no one’s pay suffers, no one loses a job. We have accountability systems in which no one is actually held accountable when kids don’t learn.

The unions have also fiercely opposed the second major reform movement of our time: the movement for school choice — which seeks to give families new options, to empower them to leave bad schools, and to give the regular public schools stronger incentives to improve. Here, too, the unions fight for their members, not for students and their families, in this case because school choice allows children — and thus money and jobs — to leave the schools where union members teach.

Indeed, the unions are so opposed to choice that they fight to defeat it even for the poorest kids trapped in the nation’s worst schools. As a result, after decades of reform efforts, only 4% of public school kids are in charter schools, and less than 1% receive government funded scholarships for private schools.

As Arne Duncan well expressed, the nation is fully aware that it has a problem with its public schools. But the main reason that problem persists is that there’s another problem, a more fundamental one that prevents real change and improvement — the problem of union power. Until the nation is able to recognize that problem — and do something about it — America’s public schools will never be organized to provide kids with the most effective education possible.

Certified Public Accountants are often characterized as stiff, lifeless, mechanical, humorless, myopic, anal, compulsive, regimented, geeky, and boring; however, in spite of these relatively complimentary epithets, they have been much maligned as well, particularly by marketing individuals. Although all of these characterizations may indeed hit the mark about many CPAs, these stereotypical descriptions do not apply to all CPAs: maybe 99.9% of them, but certainly not 100% of them. In an attempt to set the record straight, and under the penname of the Barefoot Accountant, William Brighenti began writing a blog not only to discuss accounting, taxes, and QuickBooks subjects, but to publicize the CPA's human side, which was, in fact, uncovered quite by accident by Charles Darwin in the 1830s while he was on the Galapagos Islands looking for their fossils, refuting the mistaken belief that CPAs had become an extinct species centuries ago. Hopefully, you may find some of the Barefoot Accountant’s blog postings not only informative but entertaining, since he pokes fun at his colleagues, as well at himself, at every available opportunity. Such publicized irreverence of the accounting profession accounts for much of the disdain expressed towards the Barefoot Accountant throughout the entire Milky Way and beyond by virtually every Certified Public Accountant, who have been applying to the Vatican to reinstate the Inquisition in order to burn him at the stake. Bill has appealed to the Pope for intervention, a plenary indulgence, and a charitable donation made out to cash.
View all posts by William Brighenti, CPA →
This entry was posted in Uncategorized and tagged American Federation of Teachers, Arne Duncan, charter schools, Collective Bargaining, National Education Association, Prager University, Professor of Political Science at Stanford University, public schools, students, teachers unions, TEACHERS UNIONS VS. STUDENTS, Terry Moe, To fix education we need to get rid of teachers unions. Bookmark the permalink.