Elizabeth Warren is really just this season’s Hillary Clinton — faithful party robot, stalwart defender of the prerogatives of the establishment. 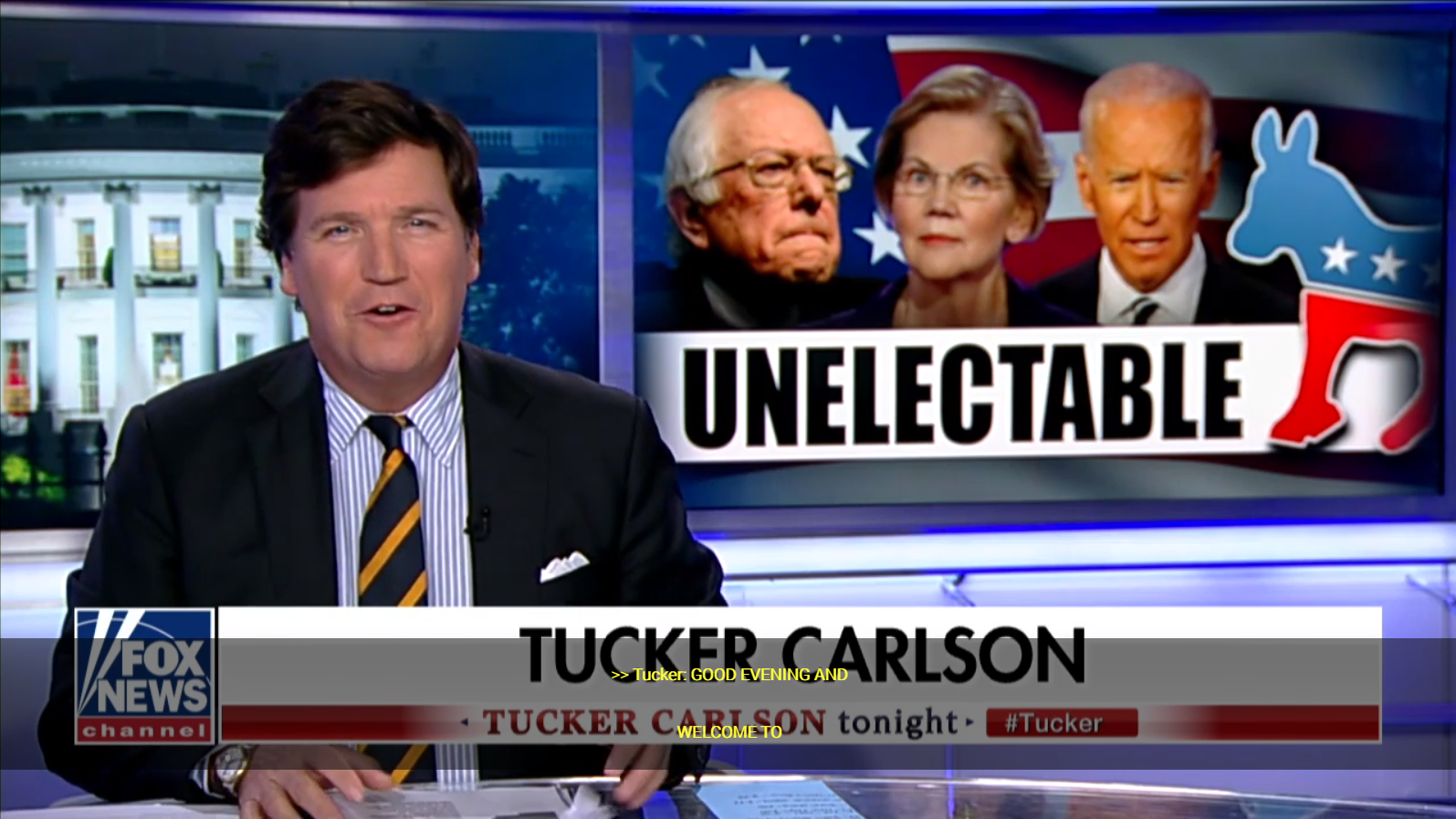 Tucker Carlson: Elizabeth Warren’s enemies on Wall Street and Big Tech are not really her enemies. Here’s why.

One thing we know for sure about Elizabeth Warren, above all else, is that on economic questions, she’s a sincere populist. Warren is deeply distressed by income inequality. She profoundly distrusts Wall Street and Big Tech. She hates monopolies and massive multi-generational concentrations of wealth.

So if you’re a private equity chieftain, for example, or a weed-smoking “trustafarian” living off family money in Jackson Hole, you’ve got to be terrified of Elizabeth Warren.

How could you not be terrified? Listen to her talk:

Sen. Elizabeth Warren, R-Mass. and 2020 presidential candidate: Now they’ve got their fortunes and their money managers and their PR …

I’m not willing to give up and let a handful of monopolists dominate our economy and our democracy. It’s time to fight back.

“Oh, it’s time to fight back against the monopolists who dominate our economy!” Sound familiar? Actually, that’s not too far from what Donald Trump ran on in 2016, back before Paul Ryan and the Ayn Rand people got ahold of his economic program.

But this time around, Elizabeth Warren plans to steal that message — the Trump message really. Warren claims that she is the radical populist here. She is the disruptor.

Emily Tisch Sussman is a woke liberal who often appears in cable television to talk about Democratic politics. Nice person, but she is the daughter of two billionaires. So you’d think that Emily Tisch Sussman would hate Elizabeth Warren.

But she doesn’t. Instead, she demands that you support Elizabeth Warren. or else you’re sexist. Here’s what she said recently:

Emily Tisch Sussman, Democratic activist: I actually heard — overheard — someone saying what I thought was an interesting point: That basically at this point, if you are still supporting [Bernie] Sanders as opposed to Warren, it’s kind of showing your sexism because she has more detailed plans and her plans have evolved.

I thought it was an interesting point. And I think there may be something to it.

Yes, there might be something to it. If you don’t support Warren, you’re a sexist!

Now, keep in mind, you just saw one of the richest people on Planet Earth demanding that you support Elizabeth Warren for president. Surprising, right?

Well, actually, it turns out that some of Warren’s most fervent supporters are the very people she claims she wants to fight. Well, that’s weird.

So, for example, in the third quarter of this year, Elizabeth Warren raised more money from Silicon Valley, from those “monopolists” she claims to hate, than anybody else running for president.

Spotify’s CEO is an Elizabeth Warren fan; so is Silicon Valley venture capitalist and billionaire Chris Sacca. He has already maxed out to her campaign. Really? The billionaires supporting her?

Then last month, Charlie Gasparino over on Fox Business reported that Elizabeth Warren’s campaign is making overtures to finance moguls on Wall Street seeking contributions — and some of them are responding.

But wait a second. Why would Elizabeth Warren’s enemies — and these have got to be her enemies, she attacks them all the time on the campaign trail — why would her enemies fund her campaign?

We will give you five seconds to think about it, but the answer, of course, is they’re not really her enemies. They understand that Warren doesn’t really mean what she says. They know that Warren’s populism is a facade and underneath it all, she is really just this season’s Hillary Clinton — faithful party robot, stalwart defender of the prerogatives of the establishment.

Certified Public Accountants are often characterized as stiff, lifeless, mechanical, humorless, myopic, anal, compulsive, regimented, geeky, and boring; however, in spite of these relatively complimentary epithets, they have been much maligned as well, particularly by marketing individuals. Although all of these characterizations may indeed hit the mark about many CPAs, these stereotypical descriptions do not apply to all CPAs: maybe 99.9% of them, but certainly not 100% of them. In an attempt to set the record straight, and under the penname of the Barefoot Accountant, William Brighenti began writing a blog not only to discuss accounting, taxes, and QuickBooks subjects, but to publicize the CPA's human side, which was, in fact, uncovered quite by accident by Charles Darwin in the 1830s while he was on the Galapagos Islands looking for their fossils, refuting the mistaken belief that CPAs had become an extinct species centuries ago. Hopefully, you may find some of the Barefoot Accountant’s blog postings not only informative but entertaining, since he pokes fun at his colleagues, as well at himself, at every available opportunity. Such publicized irreverence of the accounting profession accounts for much of the disdain expressed towards the Barefoot Accountant throughout the entire Milky Way and beyond by virtually every Certified Public Accountant, who have been applying to the Vatican to reinstate the Inquisition in order to burn him at the stake. Bill has appealed to the Pope for intervention, a plenary indulgence, and a charitable donation made out to cash.
View all posts by William Brighenti, CPA →
This entry was posted in Uncategorized and tagged Bernie Sanders, Charlie Gasparino, Chris Sacca, Donald Trump, Elizabeth Warren is really just this season's Hillary Clinton -- faithful party robot and stalwart defender of the prerogatives of the establishment, Emily Tisch Sussman, November 11 2019, Tucker Carlson, Tucker Carlson: Elizabeth Warren's enemies on Wall Street and Big Tech are not really her enemies. Here's why, two-cent wealth tax. Bookmark the permalink.